Spring is on the horizon and so is the triathlon season for those of us in the northern hemisphere.

We also have a group of 4 athletes (Jenn and Michael Campbell, Diana Thaxter and Dave Ganong) that are deep into preparation for Ironman Santa Rosa on May 11th. 3 of these athletes have been regulars in the Vancouver Island Race Series and they have been performing very well.

Michael And Jenn Campbell traveled to the rescheduled Cedar 12k and placed 4th and 1st respectively in their age groups.

This past weekend, Diana Thaxter raced the Port Alberni Paper Chase 15k and won her age group in a time of 1:11:47.

In non racing news, Richard Boxhall has taken on a new challenge this spring and summer. After his 24 hours of ascending and descending Mt Doug last fall, Richard is setting out to ride every single street in Victoria. To make the challenge greater he is doing it all on a U Bicycle Rental Bike.

Mike Neill is a former professional Triathlete with 26 Ironman finishes over a 15 year career, including 11 Ironman World Championships where he was the top placing Canadian for 4 straight years from 2006 – 2009. Mike was named Triathlon Canada’s Elite Long Distance Athlete of the year in 2006. Mike has been the Head Coach of Human Powered Racing Canada since it’s launch in 2006. 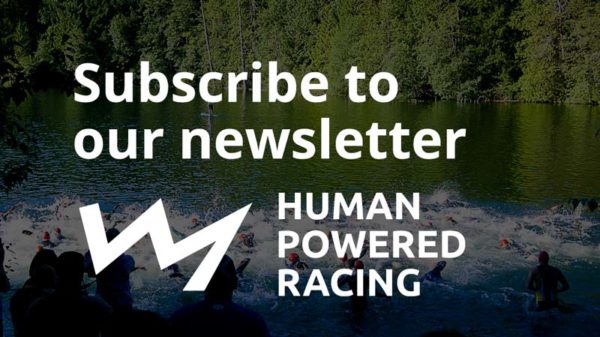 Get more of us